In contrast to JEE, Advances in Engineering Education (AEE) is a very new journal. Now just five years old and working on our eleventh, twelfth, and thirteenth issues (ten are already published and the eleventh will be online by the time you read this), we are attracting submissions from literally around the world. Further, by that time we will be close to receiving our five hundredth paper. But what is AEE, and how does it differ from JEE? 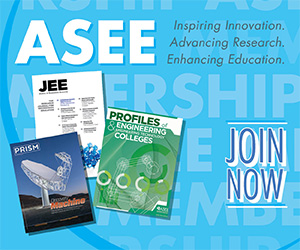